Dune’s LGBT Homeless Solutions Foundation was established as a 501(c)(3) nonprofit organization in September of 2018 , after the accidental drowning  of the Founder’s 22-year-old son, Michar “Dune” Harrison Jr.

The Founder and Executive Director, Brenda Washington, and Dune’s father, Co-Founder and President Michar Harrison, decided they would build a transition program to help other LGBT young adults with some of the issues their son faced as a young, gay male in Tarrant County. 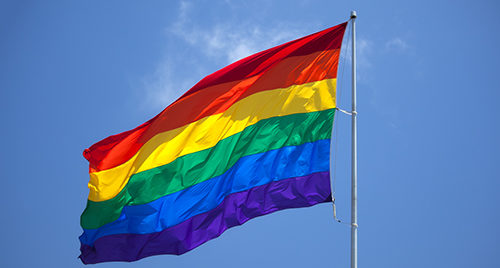 Dune came out to his parents at age 16, and by this time he had already been in an abusive relationship with someone who was almost 10 years older than him. It took 5 years of abuse before the police finally got this individual off the streets for good. Due to the fact that he was older and abusive, and because they were in a relationship and living together, the local police would never charge Dune’s partner or hold him for the crimes and trauma he committed against their son.

Dune felt trapped and could not leave in fear of his parents’ safety. There was no safe place for Dune to go, with resources for a gay man being very limited.  A year before Dune died, the police caught his partner beating him in a restaurant. Dune was finally free to live his life and try to heal. With the help of his mother, Dune was able to get a new job, car and apartment. The events that followed inspired the mission behind our program.

Dune had many friends, was well liked, and was known all over the world by many. When friends didn’t have a place to stay, Dune would open his door without hesitation. He fed people, clothed them, and helped them back on their feet by assisting with job placements and transportation. He never once charged them a dime. Following the untimely passing of their son, Dune’s parents created a transitional program that gives young LGBT adults a safe place to go when they are faced with abuse of any kind or homelessness. In doing so, they hope to keep the memory of Dune’s golden heart and generosity alive.

When Michar came out to his parents at 16, he was already with someone  that was physically abusive. This relationship continued for years and kept escalating while Dune felt like he did not have a place to go if he left. One of the reasons why we will be focusing on housing is so that no one in the gay community has to feel like they need to stay in an unsafe relationship simply because they have nowhere else to go.

Michar Harrison Jr. will be missed by his parents and the LGBT community, but his loving spirit will live on through our organization.